Although Herman and Pamela are now retired, they have both worked in many areas and businesses. These opportunities increased after they both upgraded their tertiary qualifications as mature age students. Herman was born in Delft, Holland and came to Australia in 1972. Prior to retirement, he worked as a Secondary School Information Processing Technology Teacher, teaching face-to-face classes and via the internet for 15 years. Prior to that, Herman has worked and studied in the areas of accounting, administration, management, taxation, small business and with a multi-national corporation. He has worked as an accountant, bursar, registrar, property manager and business manager, and has owned and operated several successful (and at times not-so-successful) businesses ranging from a bookshop, photographic business and two small farming enterprises. He is the author of several taxation and business books as well as publishing many professional papers and articles during his educational career.

Pamela is Australian born. She was a former librarian, mainly working in several university libraries, State Library of Queensland, National Library of Australia, and TAFE libraries for over 30 years. She changed careers and became a full-time author of 27 history books published by Macmillan, a gardening book and a book on writing published by Information Australia, plus several hundred feature articles for various newspapers and popular magazines.

In retirement, both have travelled extensively, mainly on cruise ships around the world, the Pacific, New Zealand, and of course Australia, where they live. 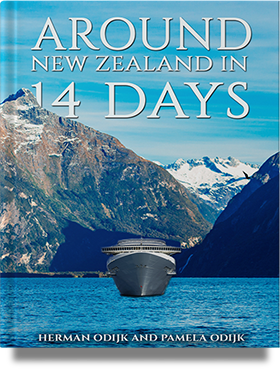 As Robert Louis Stevenson expressed it: “For my part, I travel not to go anywhere, but to go. I travel for travel’s sake. The great affair is to move…”

We took this sentiment to heart and have never regretted it.

Many trips and 17 cruises later, including a world cruise, we also certainly agree with Jawaharlal Nehru: “We live in a wonderful world that is full of beauty, charm and adventure. There is no end to the adventures we can have if only we seek them with our eyes open.” 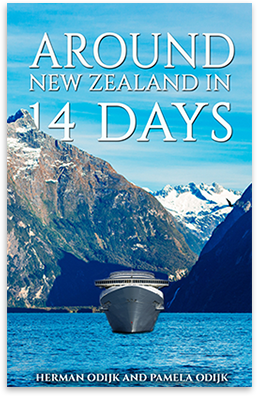 Around New Zealand in 14 days Receives A Fabulous Book Review By OnlineBookClub.org Here is the Link: https://forums.onlinebookclub.org/viewtopic.php?f=24&t=186596 [...]

Austin Macauley are one of the fastest-growing publishers, striving hard to give authors the best chance of succeeding in an
increasingly crowded market. With headquarters in London, New York and Sharjah, Austin Macauley Publishers™ have established
themselves as an energetic and innovative independent trade publishers.